The universe is full of life, the seeds of life travel through space and germinate in remote planets, our existence is not the product of an accident, it is only one step of the way that humanity is destined to travel.

WE NEED YOUR DONATION

This documentary has a large group of people who are struggling to make the discoveries of Professor Máximo Sandín accessible through an audiovisual documentary. But we need your help to launch it. Collaborate with your donation and you will be part of it during the credits. 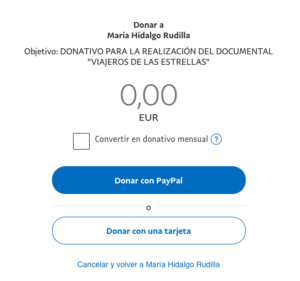 What would you think if the vision we have of bacteria and viruses is not the real one? That thanks to them we live all living beings on our planet.

The appearance of mammals, including humans, was sudden and of all species at the same time, followed by the disappearance of dinosaurs.

If the reproduction and continuity of mammals is thanks to viruses.

If our immune system in the most perfect biological machine to prevent diseases, including cancer, and that is conditioned by our food and the environment where we live.

If genetics reaches a scale of such complexity that there are still many years to be understood and that manipulation by humans can have disastrous consequences for all living beings.

What is proposed in this project is an ambitious idea: It seeks to recreate the evolution of life on Earth in the light of the latest biological discoveries (genetic, biochemical, embryological, paleontological …) whose meaning is radically opposed to vision, to the interpretation that has been holding for two hundred years.

In the last twenty years, an enormous accumulation of information has been generated in several very significant aspects of biology, but the great specialization necessary to arrive at these discoveries has been an obstacle to assimilate them, to integrate them into an overall vision that contributes a better understanding of one’s own discoveries.

This has been the work of Professor Maximo Sandin for more than twenty years and its result is what we are going to recreate in a really shocking way, which is not difficult, because the data are shocking: Bacteria and viruses, traditionally considered as our enemies have proved to be the essential constituents of life, of living things. The first cells (and those that now constitute us) were formed by the aggregation of bacteria and viruses. The embryonic programs were contributed by viruses that became part of the genomes of living beings and evolutionary phenomena have turned out to be very different from those that the old conception had taught us. The evolutionary changes have turned out to be sudden and of great magnitude, like answer of the genomes to great environmental disturbances. Changes that affected ecosystems as a whole.

The vast majority of people believe that there are only two alternative ways to explain the origins of biological diversity. One way is Creationism that depends upon intervention by a divine Creator. That is clearly unscientific because it brings an arbitrary supernatural force into the evolution process. The commonly accepted alternative is Neo-Darwinism, which is clearly naturalistic science but ignores much contemporary molecular evidence and invokes a set of unsupported assumptions about the accidental nature of hereditary variation. Neo-Darwinism ignores important rapid evolutionary processes such as symbiogenesis, horizontal DNA transfer, action of mobile DNA and epigenetic modifications. Moreover, some Neo-Darwinists have elevated Natural Selection into a unique creative force that solves all the difficult evolutionary problems without a real empirical basis. Many scientists today see the need for a deeper and more complete exploration of all aspects of the evolutionary process.

On this website: http://www.thethirdwayofevolution.com people you will find a list of researchers and authors who, in one way or another, have expressed their concerns regarding the scope of natural selection and who believe that other mechanisms are essential for a comprehensive understanding of evolutionary processes. They include links to documentation or material that demonstrate that they have contributed substantially to the empirical or conceptual work on alternative ideas of the evolutionary process, its history or philosophy.

Dr. Maximo Sandin has a degree in Biology from the Complutense University of Madrid and a Doctorate in Bioanthropology from the Universidad Autonoma (Autonomous University) of Madrid where he has been working as a researcher and lecturer since 1977.He held the position of full professor in the Biology department there, specializing in Human Development and Ecology. In addition to this, he has studied Child Nutrition, Growth and Development, and Anthropometry at the University of Havana and the Free University of Brussels. He has directed thirteen doctoral theses and has worked in Cuba, Belgium, Spain, Morocco and Latin America. Over the last twenty years. His research has been primarily focused on the influence of environmental factors on child growth and development as well as on food and public health. Since 1995, evolution has been his number one focus. The list of his publications is impressive. Nowadays he is retired. 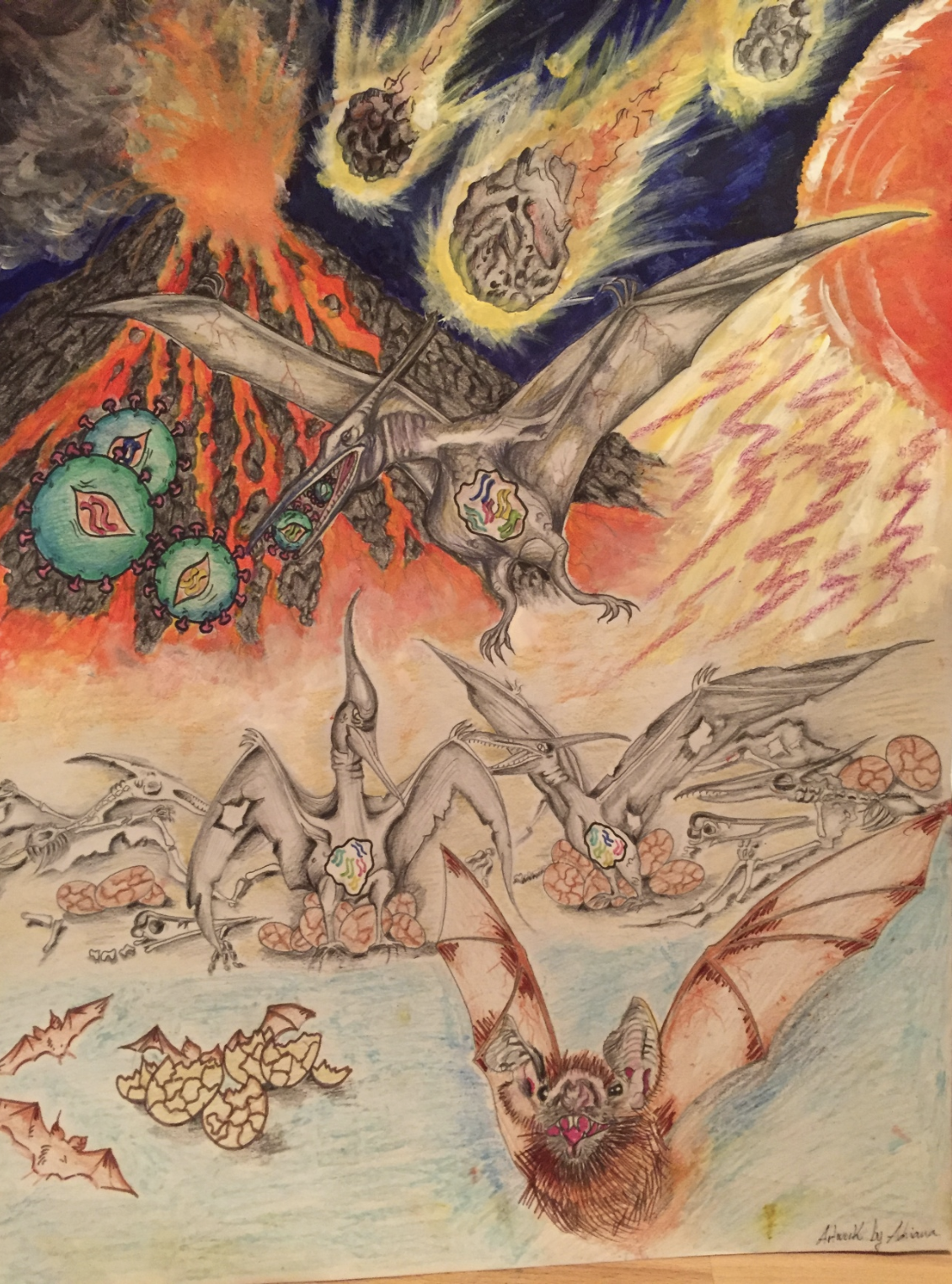 Scientists who support the project

Edward Ted J. «Ted» Steele is an Australian molecular immunologist with interests in virology and evolution. He is an honorary research associate at the C.Y.O’Connor ERADE Village Foundation in Piara Waters, WA, Australia.

Steele was also the subject of a dispute in 2001-2002 with the University of Wollongong, which led to his widely publicized dismissal, court-ordered reinstatement and subsequent undisclosed financial settlement by the university

Here you can find a list of scientists who think that a fresh look at
biology is needed, Dr. Maximo Sandin is included: http://www.thethirdwayofevolution.com/people

A film based on scientific data

Subjects or topics treated in the film with their corresponding links about data or scientific reports from different experts from around the world.

History and Philosophy of Science: http://www.somosbacteriasyvirus.com/ciencia.html

It is perfectly understandable that, for many biologists who have

developed a brilliant scientific activity, it is not easy to assimilate the idea of ​​having to renounce the conceptions that have directed a whole career, but the new discoveries have collapsed a whole body of doctrine elaborated on what was known, what it was assumed mostly and they do not have to feel responsible or, much less, forced to defend against the evidence. It is true that the enormous complexity of the processes that are being

discovering and the new methodologies and concepts necessary for its study can turn out to the biologists of traditional formation «arrived too late» to change of ideas, but it is also necessary to consider that for a scientist there is no better way to finish his professional career than to do it without stopping to admire, without stopping to learn. A new Era for Biology has begun that has to be faced by new biologists, with «new» minds, in which the «old biologists» will have to get used to learning from our students.

Thank you very much for your support. 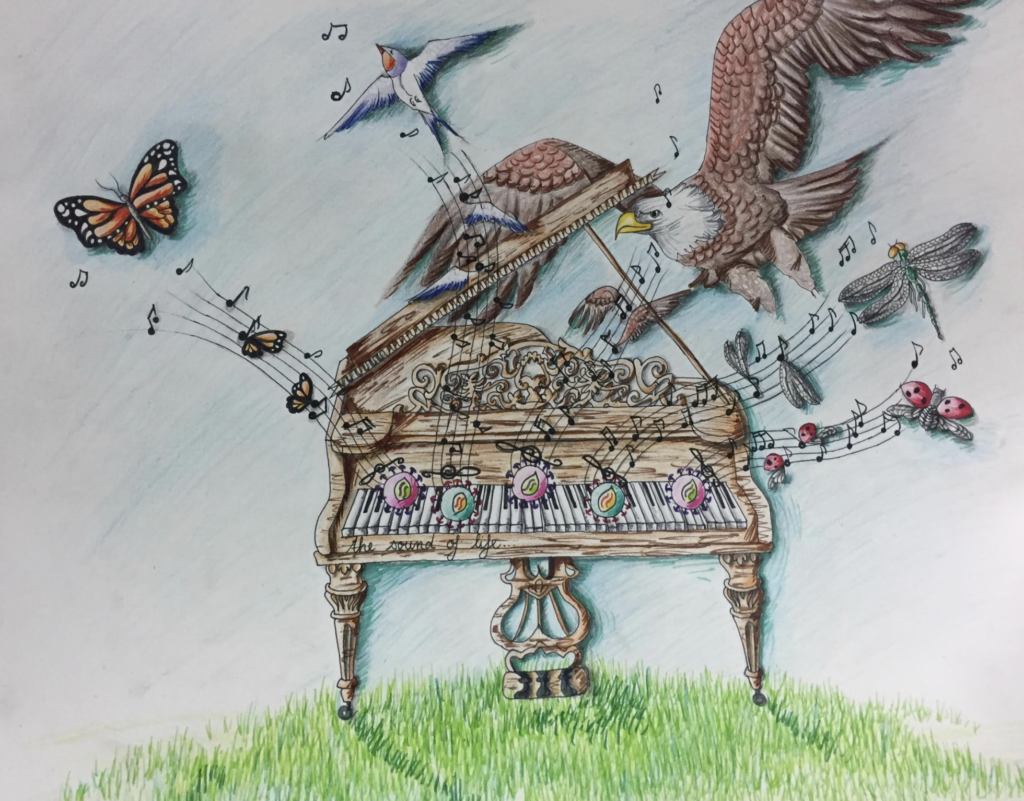 This documentary has a large group of people who are struggling to make the discoveries of Professor Máximo Sandín accessible through an audiovisual documentary. But we need your help to launch it. Collaborate with your donation and you will be part of it during the credits.